This past Sunday saw me compete in the annual White Rose Varsity against the University of York.

If you couldn't tell by my picture it was in the sport of MMA (Mixed Martial Arts) If you don't know what MMA is maybe a few of the big name organisations like UFC, Strikeforce and Bellator may help you realise what it is.

Still don't know? OK I normally have to default to this for people to understand. Cage Fighting. Except in this case there was no cage. The competition itself is only amateur rules. This means there were no head shots standing or on the ground, no head kicks, no knees to the head and a few other rules which keeps damage to opponents quite low. Seeing as we are University students and had to get up the next day for lectures this is probably for the best. But it hasn't stopped me having thoughts about moving up to semi-pro. That's a whole other post.

I have been training hard for roughly 5-6 weeks. Since the start of the new year I have been cutting weight. I have been eating roughly 1800kcal a day to get from my normal weight of 80kg (12.6 Stone) down to my fighting weight of 70kg (11 Stone). I had done this last year but from a lesser weight and with my training being a bit less intense. This year however I had stepped it up a gear to be in order to be the best I could be on the day. It was very tough mentally and physically but I do enjoy a challenge especially if it's of endurance. There were times I was very sore and weak but still had to train, times when I was lifting weights and having to fall to my knees after as i felt light-headed. Despite this I really enjoyed it, I may have moaned a bit (which my amazingly understanding girlfriend Katie bore the brunt of) but I knew that at the end of it I was going to be a ripped, lean 70kg. And that's what happened. I don't think I've ever seen all six abdominal muscles and so many veins on my body then on the days leading up to the weigh ins.

Fight day came around quick and on Sunday morning at 11am we had weigh ins. I stopped drinking and eating from 9pm on the Saturday so knew that I would weigh in on target. I weighed in at 70.5kg. We had a tolerance of 1kg above the weight class to compensate for the fact that we are not professionals and have a lot to do with our courses as well as our MMA training. The guy i was fighting, also called Michael, weighed in at 71.5kg. This meant he had to hit the sauna and lose the 0.5kg in order for the fight to go ahead as scheduled. I was feeling good about this as this meant he had less time to recover and put fuel in his body.  I went home and stuffed my face full of carbohydrates and water to fuel me and to also gain weight so as to have an advantage. I probably stuffed my face too much. Luckily i had my brother Peter with me leading up to the fight to help distract but also listen to my thoughts and worries.

At 4pm we got to Asylum, the University of Hull's night club where the event was being held and helped get everything organised. The place slowly but surely filled out. There were apparently at least 300 people but if I'm honest it felt like so much more. The place was buzzing with anticipation.

The fights started with an exhibition fight between Catherine (Hull) and Nettie (York) which Catherine despite her battling lost to a decision. Next up was another exhibition with John (Hull) vs Conrad (York). John had competed in the boxing earlier in the day so I had a lot of respect for him for fighting again. He hit a very nice liver shot but funnily walked away before he realised he needed to capitalise on it. He won via decision.

Next up was Phil (Hull) vs A stand in York fighter, the first proper scoring fight of the day. Phil's original opponent didn't make weight but luckily York had a few other 70kg fighters with them. Phil fought hard and got some good take downs but the other fighters counter throws were probably what threw the decision his way which put the score at 1-0 to York. Next up was Keith (Hull) vs Jonathan (York). Keith came into the injured fight with a bad shoulder but his strength lies in his BJJ (Brazilian Jiu Jitsu) so I was hoping it wouldn't affect him too much. We knew of Jonathan from last years Varsity and knew he was a very good Judo practitioner. He promptly got hold of Keith threw him to the ground and worked on a submission which he got. I believe it was a Kimura. The score was now 2-0 to York.

At this point I disappeared to a secluded area set up for us in the Student Union to warm up and mentally prepare myself. While I was doing this Adam (Hull) took on Reda (York). Adam has a Judo background and very decisively outclassed his opponent who didn't seem to be on the same level, but was still very game for a fight. Adam won via decision to set the score to 2-1 to York. The stage was set for a fight back. The next fight was Luc (Hull) vs Herbert (York) . This was a very intense fight with a lot of punches,  kicks, takedowns and a few illegal shots. This is the sort of fight people love to see. Although it was not very technical I did think it was a great slog of a fight which Luc deservedly won much to the displeasure of the York fighter. It was now level at 2-2.

It was now my turn to fight. Standing at the side my coach and cornerman Louis told me to keep technical, calm and measured. It was great to have him in my corner there along with Mark the HUMMA captain, two people who I have respect for and who I learn from. I wasn't as nervous as I was last year. I wasn't too fazed by the crowd. I learnt last year to concentrate every single bit of my attention on my opponent. I did this by staring him down (even though he wasn't looking before the fight was announced). I was looking for the psychological edge as well as getting myself psyched up. The fight was announced and I received a huge roar with my name. It felt fantastic. Stepping to the middle the referee checked me over for protective equipment and explained that he would stop the fight if things got ridiculous like the last fight. Me and Michael touched gloves. I started to feel the weight of expectation as I stepped back. I could win this event for Hull, the club, but most importantly for myself.

Stepping to the middle we touched gloves once again and I started to throw my jab out, keeping to Louis's advice. I then threw a flurry of punches which were technically atrocious but I can't explain how unnatural it feels to not be punching to someone's head. He took them and threw a leg kick which didn't feel too strong. I decided to reply with an inside leg kick which made good connection. I then followed up with a outside leg kick which he anticipated and so he shot for the take-down.

The only problem with his takedown, in spite of the nice turn as he grabbed me, was his head position. During sparring from the weeks leading up to the fight I had been catching many sparring partners in guillotines as they leave their head too low when they shoot in. Sometimes they would tap or sometimes they would successfully escape. Now I knew I was going to the ground so I wanted some sort of control. My right hand instinctively went around the underside of his neck but the next part was a bit surprising even for myself.

I had been playing around with a choke called the Brabo choke from guard (It's normally done with an arm in but I had been doing it just around the neck) It turned out this is actually called a Ninja choke. I knew people struggled to get out with it from practicing with it so I bought my left arm to my right and locked my right hand on my left bicep and hunched my shoulders over his to reduce space. I then pulled tight and squeezed and I mean really squeezed.

He moved around briefly, but he just couldn't unwrap my hands. I realised now that I could have ended it quicker if I had him in full guard or half guard. At the time I was focused on getting the choke on solidly. I turned to my right and pulled him in. He wasn't tapping.

I couldn't believe that he wouldn't tap. I was then very worried as I thought if he's not tapping to this and this was one of the most solid, technically sound chokes I had ever done(It by all means doesn't mean it was perfect) then he may just dominate me on the ground. It turns out he didn't tap because he had gone unconscious. I don't think he had much time to tap and I don't think it was an ego thing where he decided he would never tap. I just think he got caught out.The referee tapped my legs and pushed me off to try to get air going back into Michael's body.  Michael later told me he had never had a such a tight choke put on him before. Training can only prepare you for so much.

I had won and proceeded to let a huge yell of relief as I stood up. I initially hadn't realised he was unconscious till I turned round. It was quite disturbing to see him lying there face down on the mat.

Katie then proceeded to storm onto the mats and jump on me. I would never have done as well without her support.

I turned back around to see Michael standing and seemingly fine. We exchanged well done's and shook hands. He seems to be a really nice guy. The referee took my hand and raised it and never has it felt like the weight of the world was off my shoulders. I was ecstatic. Here's just one of the videos. I'm going to be working on making my own highlight video with various camera footage. It will be my first step into proper video editing outside Windows Movie Maker. I'm considering using Sony Vegas or Adobe Premiere. For now, here's one recorded by my friend Phil.

So 5 weeks hard training for 36 seconds of fighting. Enjoy. 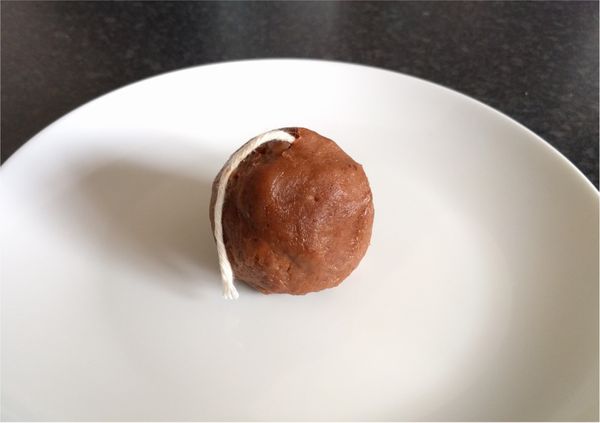 I've recently joined the keto brigade. I'm enjoying the weight loss and experimenting with different foods. Even if it is at the expense of carbs. I'm also enjoying all the bacon, chocolate and